We all have memories of busy school days but this second year student, Ben Campbell went above and beyond the call of duty for his art.  Having played ‘The Scarecrow’ in ‘The Wizard of Oz’ in the school musical on Thursday December 6th on it’s opening night, Ben had to head for the capital city early Friday morning to take part in the final of Poetry Aloud, junior section category. 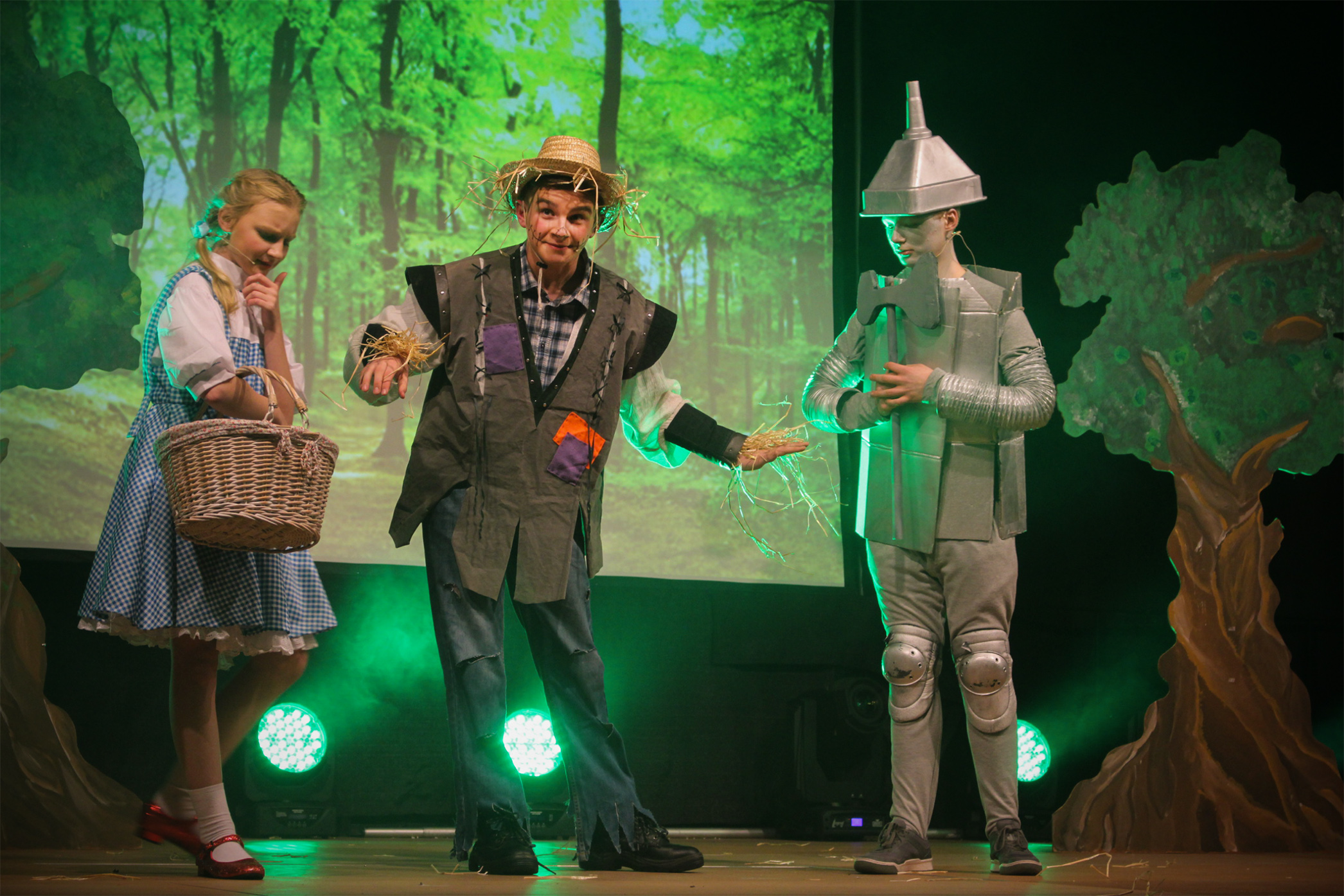 Having reached the semi-final as a first year Ben made it to the final in the National Library with students from all over Ireland. Unfortunately Ben didn’t take the overall winner award but gave a magnificent display reciting two poems, ‘May’ by Kerrie Harding and ‘The Second Coming’ by  W.B.Yeats. A lot of learning of lines on top of a full script for a play.
Ben’s day was only beginning, accompanied by his parents and teacher Siobhan Holland, he hot footed it to Heuston station to get back to Portlaoise College for the second night of ‘The Wizard of Oz’ and launching into ‘If I only had a brain’ on stage. Ben said ‘The whole experience was unforgettable, I couldn’t believe that the final was on the same day as the show but it lead to something that only Miss Cripps and Miss Holland could pull off!” An incredible day for any student and this scarecrow is definitely not lacking brain power.